One Africa, One Visa

One Africa – One Visa – One Passport – a much talked about concept and vision came to fruition at the recent 27th African Union (AU) summit in Kigali, Rwanda – however, a long road lies ahead for African countries who hope to get on board in what is expected to be a united Africa in terms of mobility for Africans on the continent as well as boosting trade and economic growth opportunities.

While the issuing and presentation of the first African Union E- passports to  President of Chad Idriss Déby and Rwandan leader Paul Kagame at the summit was certainly a milestone in terms of getting the ball rolling since the Lagos Plan in the 1980’s and the 1991 Treaty Establishing the African Economic Community (AEC) known as the Abuja Treaty, it is not clear how ordinary citizens of African countries will be able to get their own E-passports issued, since the document will initially be available to heads of state, government officials and diplomats to begin with.

Termed as being “symbolic and significant for the continent”, the chairperson of the African Union Commission, Dr. Nkosazana Dlamini-Zuma has been a driving force of this initiative albeit the concept itself not being new.

But what exactly are the challenges of a “one passport for all Africa” concept?

“I think the intention is there, but we need to move beyond intention to real delivery, so I am hopeful but I am not holding my breath” says Dr.Martyn Davies, Managing Director: Emerging Markets & Africa, a division of Deloitte & Touche Johannesburg, South Africa.

Some would argue that beyond the actual need for the promotion of a universal African passport lies a very significant factor – and that is for each African country to realize actual benefits of having access to such a document and how it affects its own interests as an independent state.

Liesl Louw, an AU expert form the Institute of Security Studies: “We should put it into perspective and not be optimistic that “tomorrow” all African citizens are going to able to travel visa free.

Immigration, migration, xenophobia, and of course sovereignty, are major issues that African countries have to deal with. The AU has a certain vision and certain ideas of how African states should work together, but in the end it’s a case of “you cannot tell us how to run our countries or our immigration laws.”

Looking at the European Union as a concept and the EU passport juxtaposed with the various similarities that those democracies collectively comprise of which make up the EU, how far or how near is Africa in terms of realizing an AU passport for ordinary citizens?

Dr Martyn Davies is not convinced that it is the actual political system of member states that will be a deciding factor: “I am not sure that it’s about a political system than it is about political will, arguably I see your point, maybe you right in saying there needs to be a shared political value system where we all agree on a certain point, whether it’s a free flow of people for example EU style, at least pre Brexit across the region, but I think in our case visas are a major source of revenue for the respective or recipient government, that’s the first point.

Secondly is the difficulty of putting the respective fail safe systems in place to allow the free flow of human capital, the biometric systems and the like.

And thirdly, it’s the often the unspoken about or unrealized example of localized, at regional levels, political animosities between respective governments. For example I was in Namibia recently, a fellow SADC (Southern Africa Development Community) member and I was horrified to find that as a South African I needed a visa.

This a neighbouring country, I find it very strange, as we are all part of SADC, that we all have an ambition towards deeper integration , even monetary integration , and yet I cannot even get across the border as a South African business person for a visit of a day or two.

I think ultimately what we need to see is that  the AU can oversee this at a  regional level , we need to see far more progress around regional common position rather than   a continental one that is far more multi- lateral and thus very difficult to plan and ultimately implement.”

If we look beyond the issue of free flow of human movement and a common passport for all among AU members, but also at a broader outlook in terms of stimulating economic growth and trade, currencies among others, what are some of the challenges that lie ahead for the AU?

“In the context of Africa, there are 28 EU member states, yet we have 54 countries in Africa, 53 are members of the AU. We are far more bigger project arguably within the geographic distance , the lack of infrastructure, the linguistic and  cultural divide exacerbated by lack of traditional collaboration  at regional level, and the lack of political will and intent really to get things done all hamper the deeper  integration goal” according to Dr.Martyn Davies.

“Again, many people pose the question, what exactly will happen if the AU disappeared, will it really affect our lives? That was point raised by foreign policy makers, leading up to the AU summit which raises very valid questions.

From the European experiment i.e. the European Union, there a number of key lessons we should be thinking about. It is a no brainer to talk about liberalized trade across countries and across regional economies particularly important for small African countries. 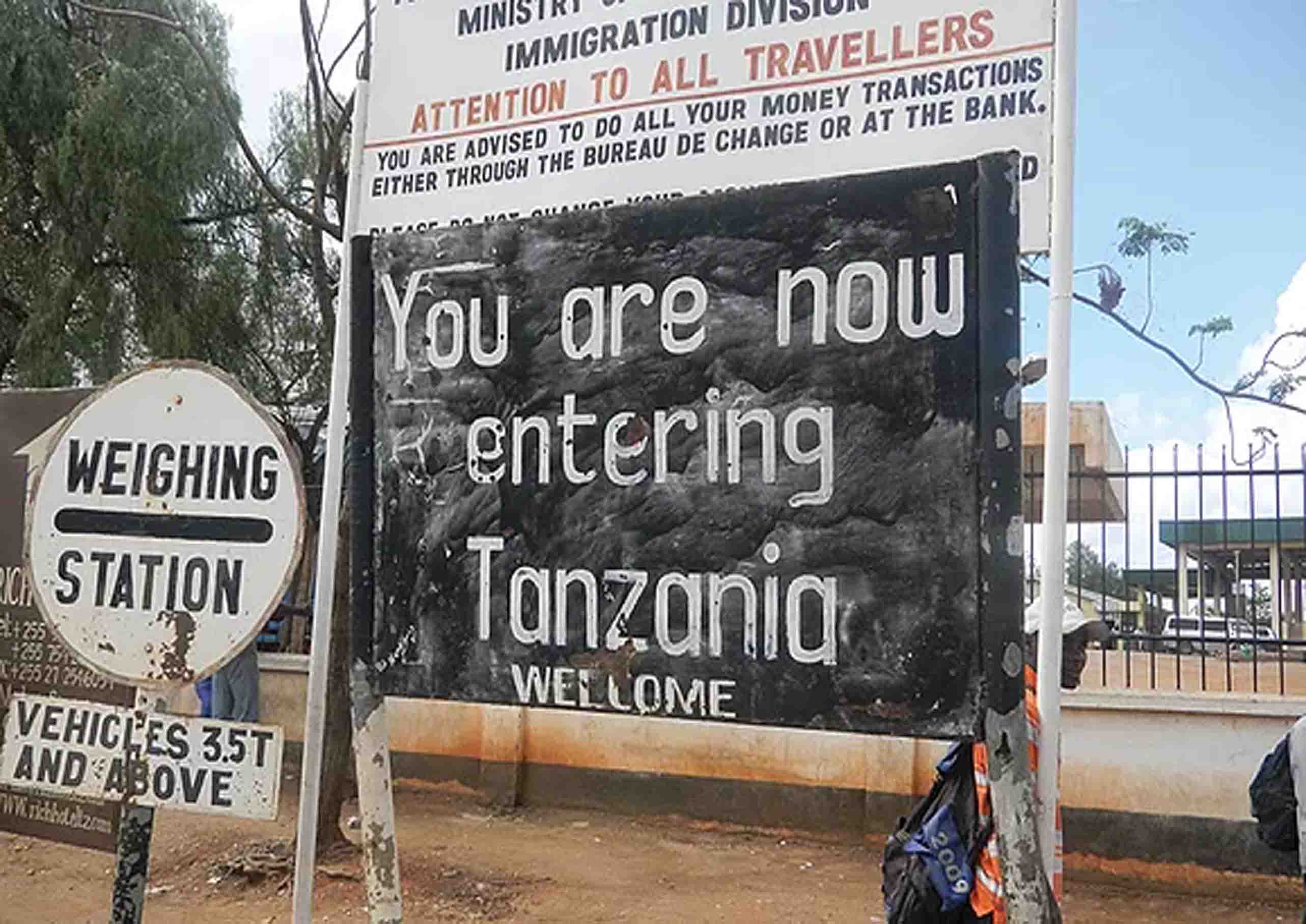 “Immigration, migration, xenophobia, and of course sovereignty, are major issues that African countries have to deal with. The AU has a certain vision and certain ideas of how African states should work together, but in the end it’s a case of “you cannot tell us how to run our countries or our immigration laws.”

What results in economic viability? Look at Singapore, the South Koreans and Taiwan, all of which have figured this out. Many of our small states I would argue, without regional integration are, are economically unviable. It is therefore imperative to integrate at economic level.

The second point is currency union. I would argue that at least for Francophone Africa which has the CFA, which is the common currency, and which is underwritten largely by the French Central bank, albeit a politically sensitive point for many, it results in currency stability which is all important, especially when we looking to encourage a deeper free trading market regime.

Looking at other large parts of Africa there is already a currency union called the US Dollar. Services, property, even visa costs, everything is  priced in US Dollars, even hotel and car hire, effectively making the US Dollar  the de facto currency already,  indicating lack of inherent faith in domestic currencies.

Also, despite any rhetoric towards a deeper currency integration among AU members, I do not see it happening anytime soon.

Thirdly I am highly skeptical and actually opposed to a deeper political integration and what we have seen from the European experiment is that you cannot have free flow movement of people in different welfare systems – and that is the case of Southern Europe versus Northern Europe and Eastern Europe (which is part of the EU).

Add to that is the execution and implementation of fiscal responsibility by AU members, with Greece, Portugal now and potentially Spain being good examples of how not to run your economies.

Frankly within the SADC arrangement that we have, it has effectively failed with failed economies. Look at the fiscal blowouts in Zimbabwe, Angola, in Mozambique, all of these I would say are 3 failed states requiring intervention to bail out their economies.

I am deeply skeptical of deeper integration initiatives within broader regions but I do support the South African Department of Trade & Industry’s forging of a free trade regime between Southern Africa Development Community (SADC) , the East African Community (EAC), which is the most progressive towards regional trade , and COMESA, the Common Market for East and Southern Africa.”

Some countries have already proceeded to allow African citizens entry without advance visas, and as per a report from the African Development Bank that advised that such easing of immigration procedures could result in economic growth. A prime example is Rwanda which saw a phenomenal 7% GDP increase in 2014 and a 4% tourist revenue jump after announcing that travelers arriving from any African countries could obtain a visa upon arrival.

Recently the Rwandan Minister of Foreign Affairs, Louise Mushikiwabo, indicated that Rwanda is in a position to begin issuing the common passport to all of its citizens although other AU members would first need to amend  their own immigration  to accommodate this AU initiative.

The Economic Community of West African States (ECOWAS) has already been issuing its own common passport for its regional members. It is thought that the restrictions and bureaucracy that currently exists among AU countries in general is a major obstacle to increasing trade between the member states.

In terms of border security, AU countries with less advanced biometric systems may find it challenging to process and ensure the biometric standard of the new secure E-passport.

One of the biggest issues that AU members would have to consider is how the interests of their own country will be served or lead to burden it if immigration laws are amended to accommodate the E-passport. This, especially in view of fact that  refugees that cross border travel to seek refuge in neighbouring countries are a worldwide phenomenon.

The constant flow of East European migrants to the West has been happening for decades in Europe and exascerbated by the ongoing Syrian Crisis.

The worldwide economic fait accompli of migrant workers and refugees seeking a better life could also happen to the more economically stable countries within Africa – something that African governments would need to consider when accommodating a universal African passport in order to achieve economic growth and future prosperity – a fine balance act between serving its own sovereign interests and a better life for its citizens.

This article was written by BRUCE GERMAINE.

Online travel on the rise in Africa

Born in Zimbabwe and living in South Africa, Miriro is a seasoned publishing editor and writer, having worked with leading brands in investment, business leadership and entrepreneurship. Passionate about Africa’s development, Miriro is also a dynamic marketing consultant with 10 years experience working with startups and large multinational corporations. With a heart for travel, Miriro spends her time discovering the nooks of crannies of Africa’s hidden gems, taking the roads less travelled, meeting the beautiful people and enjoying their food and culture. She enjoys tackling complex strategic challenges in the passion-to-entrepreneurship pipeline, particularly focused on the implications of 4th Industrial Revolution and workforce automation on Africa's travel and tourism industry.

Space Tourism: The Next Big Move?

Online travel on the rise in Africa