Members of the Trokosi practice in Ghana

In certain communities in the West Africa, underage girls are handed to the shrine for a sin they didn’t commit but a sin that was committed by a family member.

Girls here will be forced to do activities, chores and are sexually abused by the serving priest. Trokosi is a traditional practice that many believe and follow. Most women live for Trokosi because they believe that a sacrifice was to be made and thus they are willing to accept the punishment, regardless of the fact that they know that it is a crime they never committed. Whilst a lot of people are still totally against it, many still defend it.

Ghana practices believe that it is a way of the gods. Trokosi is a practice where by a virgin girl is abducted from her home to pay for a sin she knows nothing about. This practice is led by the religious shrines often called a Fetish.  Here this specific practice can last forever; a sin committed by your grandfather or grandmother regardless of how long ago is still marked in the books of slavery.

Even though the system was declared illegal in 1998, many communities around Ghana still practice it. The people here believe that for your family member to be safe and not die, a sacrifice must be made, thus they take a young girl and feed her to the religious priests.

A lady by the name of Brigitte Sossou Perenyi was a Trokosi herself, and was abducted at the age of seven. Her family believed that she was sent to live with the uncle and get a better education but unfortunately that did not happen. She was rather taken to another place where she had no idea of. 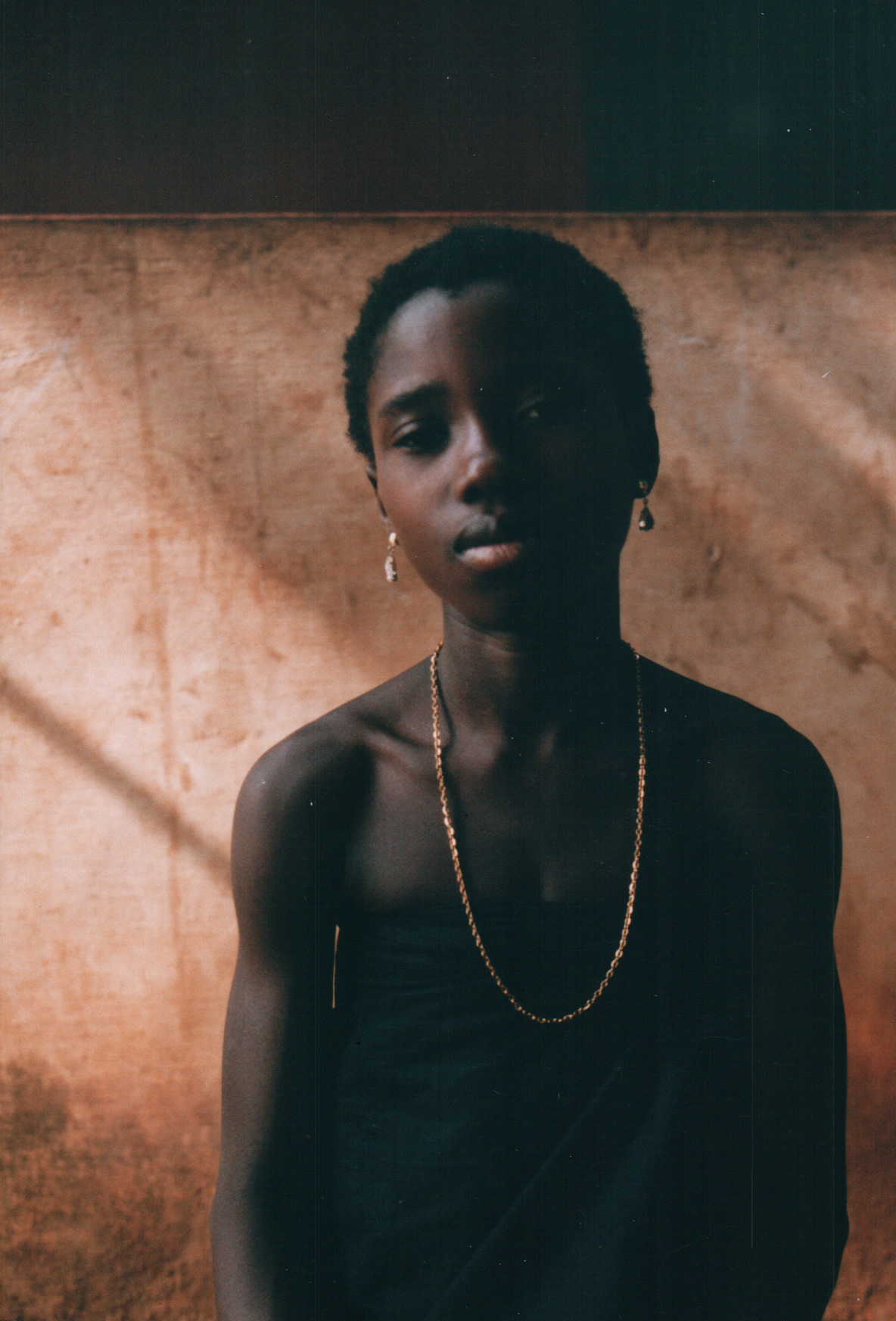 A lady by the name of Brigitte Sossou Perenyi was a Trokosi herself, and was abducted at the age of seven. Her family believed that she was sent to live with the uncle and get a better education but unfortunately that did not happen. She was rather taken to another place where she had no idea of.

In 1997 Amanpour news crew visited the beautiful land of Ghana Tog in finding out what and why was Trokosi a practice? Brigitte was later adopted by a white man who stayed in America and saw her on the television. She was amongst the 3000 girls to freed

A documentary called my stolen childhood featuring Brigitte Perenyi was documented by her after a few years of living with her adopted father in the States. In the hope of finding out why her uncle/parents sold her to the shrine and what they reasons were behind her leaving her hometown.

Trokosi is more of human trafficking in Ghana Accra.  Where you are banished from your home to pay for a crime of which another family member committed, her uncle committed adultery and thus Brigitte had to pay for his sins to avoid any harm to the family. The men who believe in this practice trust that it is a way to appease the gods. A young virgin will sleep with the Pastor to appease the gods.

In 2017 Brigitte travelled back home to meet her birth parents, and was rather emotional after not seeing her mother after a lot of years.

The Trokosi is practiced in parts of Ghana, Togo and Benin by various ethnic groups, one being called Ewe. Many believe that this is the only way in escaping bad luck sent from the gods. Death and other misfortunate traumas can be conveyed upon any family member if a sacrifice was not made to appease the gods.

In the everyday life of being a Trokosi you will be woken up so early in the morning to perform wife duties regardless of age like fetching the water and preparing food. You are not allowed to play or go to school like any of the ordinary children. You become isolated.

They look for virgin girls; some are liberated before puberty whilst some wait for their sexual maturity.  In 1997, about 5000 Trokosi women were abducted and some were declared wives to the priests.

Whilst being there you can meet several girls who are below the age of 15 and came to practice the Trokosi ritual. The girls here are refused any visitation rights to their parents, parents of whom know the whereabouts of their daughters. Somebody had decided for them, that the life they were bound to live was the one that was meant for them. Someone had decided that out of the 3 girls in Brigitte’s family she will be the one to go to the practice.

On her arrival her clothing, beads, earring and any other item from your past were snatched from her. Even her underwear is taken from her.

Elizabeth has given up on the hurt and the past, and decides to focus on a new journey. She now works as a producer, presenter and an activist where she believes that sometimes a story is best said from the person who has seen/experienced it rather than spoke about it.

Any practice used as an abuse towards a minor in the practice of forced sexual pleasure is called rape. “Human trafficking is the trade of humans for the purpose of forced labour, sexual slavery or commercial slavery.”  The practice Trokosi to many is human trafficking regardless of what someone believes to be different, a child is taken away from her home without the approval of her parents. Thus it’s called human trafficking, making these innocent souls to sleep with men way older than them so they could appease the gods.

Guests visiting the Priest or the elders of the Trokosi, one must take off their shirts and shoes so they can speak to them. This is perceived as respecting the elders. Even though the practice is part of the families agreement, even though some of the girls are comfortable with being a member of the Trokosi the council or other religious priest cannot help because neither/nor the families oppose this practice.

Once the girl is under the Trokosi priest the child will not be allowed to have family visitors before completing her trial of a crime she never committed. Even though the girl’s run away from the Trokosi village, they families will bring them back. It is said that the family abandons her.

Many types of slobbers used the Volta River as a passage to transport slaves from and to their destinations. “As soon as you are declared the wife of the Trokosi priest a celebration is performed and you have appeased the gods and saved your family from any bad things happening.”

“The Trokosi girl now belongs to the gods and therefore the priest. She is effectively a slave expected to do the hard labour for the priest without receiving any payment r even food. as a “wife” to the gods, she will also sleep with the god. It is believed the god visits the girl in the form of the priest. Girls may be expected to serve a set of numbers of years or there may be a generational contract whereby every time a Trokosi woman dies in the shrine, someone else from the family will have to replace her.” The debt in this case doesn’t end but carries on from one girl to another from the same family.

Lorraine is a South African based junior journalist with Nomad Africa magazine published by 2414 Publishing (Pty) Limited. She is very passionate about travelling and a lover of the African culture. Lorraine had a Diploma in Journalism from Rosebank College in Johannesburg, South Africa and worked as an intern with The Star Newspaper. Fluent in English and other South African languages she is very eager to learn about new cultures and traditions. Though she is still very new in the industry, Lorraine is vibrant and energetic for new travelling experiences.