I have always envisioned trailing along a sacred place for peace of mind, or one might say a spirit walk. It is 10:00, 34 °C in the Tshwane metropolitan area, 40 kilometers north of the city of Pretoria, situated in the Gauteng province of South Africa. I am eager to begin an adventure I have always wanted to do: explore the Tswaing Crater.

This 220 000 year-old stone meteorite crash site is one of the best preserved in the world according to the National Science Research Foundation. The crater is bowl-shaped with a salt lake at its base formed by underground water, surface springs and rainwater. It is estimated that the Tswaing Crater’s size can host four simultaneous football matches with half a million spectators. The Basotho people, a collective name for the three Southern African tribes of Batswana, Bapedi and Bashoeshoe are believed to have been hunting, gathering and collecting salt during AD 1200-1830, hence the name “Tswaing” which means ”Place of Salt” in all the Sotho languages. Salt mining also took place from between 1912 and 1956. The Tswaing Crater offers night tours for stargazing and bird watching, chalets and campsites are available as well.

The beauty of it (pardon the pun) is that it is very accessible – you can walk down into the crater, although access to the bottom of the crater is no longer allowed. The Tswaing Crater attracts up to 12 000 visitors a year, mostly Gauteng residents, who come to marvel at this wonder that hit the earth 220 000 years ago with an impact of about 100 atomic bombs of the type dropped on Hiroshima in 1945. It created a crater of just over one kilometer in diameter and sent up 60 meters of earth to form the present-day crater rim. The crater is one of around 170 impact craters in the world and one of four known impact craters in South Africa. The facility also boasts being one of only four meteorite crater museums in the world. The others are in the US, Germany and France. The broader Tswaing Crater site covers some 2 000 hectares in the northwest corner of the Gauteng province, with over 220 000 people living in informal settlements in its immediate vicinity. Just east of the crater is the Soutpanspruit, feeding a rare and extensive wetland system, with a mini delta with many streams and islands.

The whole site is covered in dense bushveld. While extra hiking trails are being developed, including one of them to the wetlands, the lake, which is filled by a spring in its bowl and rainwater, once contained high concentrations of salt and soda ash. These were mined for 44 years, until 1956. The salt content has dropped, making it no longer viable to mine. Remains of the factory and the manager’s house still stand on the south outer side of the rim. The lake is three meters deep and supports bacterial growth only.

My driver and his companion drop me at the entrance after an interesting conversation about the unacknowledged selflessness of taxi drivers: their sole purpose:  to make the passengers excited about reaching their destinations.

Immediately after signing in, I head off to the Tswaing Crater Museum where I am given a hiking trail map of the site. I begin to march and I am greeted warmly by the charming firefinches, speckled mousebirds and lilac-breasted rollers.

A long gravel road waits for me and I glance at the map to see whether I am close enough to the reception area. It seems far but I carry on gawking at fauna and flora that captivates me. The hyper-real flow of the Tswaing River lures me to flee to the bridge. A troop of vervet monkeys call all their friends to see me, I smile and look over to the opposite end of the bridge to get more attention, a hadeda ibis bird winks because I have seen her plenty of times. I look up in the sky and I see the most majestic bird I have ever come across, a Mmamashianoka (local name for bird species, not included in the bird directory). This gigantic, silvery-black bird with a crown seems to be a member of the crane family. I am enchanted by the grandeur of this creature, become speechless and she glides away with pride. The wish of being escorted by a tour guide with a vehicle is a distant memory as I spot a striking herd of zebras, followed by yellow canaries and the pin-tailed whydah bird. An impressive herd of Springboks stare at me with awe as my footsteps draw closer to them and I finally arrive at the reception.

”..you have to trail to the centre of the crater alone and you will find out who you really are…”  Risenga Seabi one of the site’s custodians asserts with wisdom like an oracle. I am stunned that I have to trail for five hours without a guide. I mean, this is the Tswaing Crater after all, not some random hike in a savannah. Risenga tells me that guides are always available; I just needed to have booked a day before for a fee of $13. 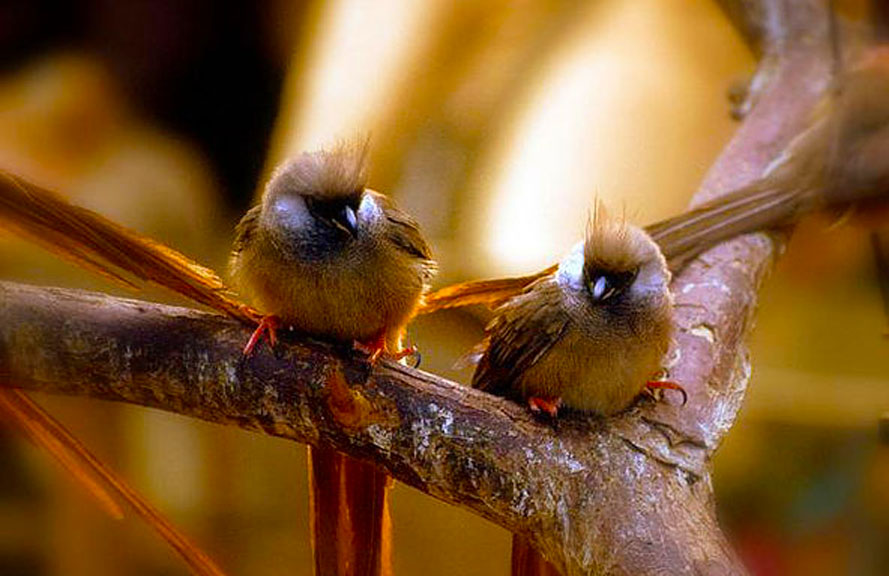 Risenga accompanies me to the beginning of the hike putting my fear at rest, we part ways and he says, ‘‘just follow the footprints.” I smile and head north.  After a few steps I pause: let me go back, I can’t do this alone, I can always come back tomorrow with a guide. I tie my shoelaces, and just as I get up looking for good reason not to turn back, a pair of beautiful African monarch butterflies tells me to carry on walking, there is hope. I smile with them and I am assured that they are my spirit guides.

Trail checkpoints 1-6
I hold my map as tight as possible, camera ready to shoot and there is nothing in my way except grasshoppers. My footsteps seem to be the only nuisance in the serenity and I feel relieved when I see signage of the crater at one of the viewpoints. A large Marula tree offers its ripe fruit while I admire the side view of the crater obscured by acacia trees. This inspires me to go further onto the slope filled with several ruins of the salt factory. I stash Marula fruit in my backpack as I head to a trail crossroad.

Trail checkpoint 7-12
The trail within the rim of the crater begins to have a steep ascent and I am keen on going higher when a pair of yellow-billed hornbills flees. Arriving at another obscured viewpoint of the crater, I become happier and take several wide shots selfies.

I proudly take off my shirt to be sun kissed, the slope descends and it goes up again. A pair of bright African monarch butterflies led the way, inspiration is overflowing in my heart because a shaman I found online said they symbolise creativity and personal transformation.

And there it suddenly appears after a few steps: the most mesmerising viewpoint of the Tswaing Crater. My eyes marvel by the pristine site, my soul somehow feels greatly moved by the halo of seeing the crater in all its glory. I stand on the granite boulders that were ejected by the force of the meteorite impact to experience something close to a bird’s view: 60 meters higher than the surrounding landscape, 1.13km facing the opposite rim and 100m above the crater floor. My heart is at peace like the brown still salt lake at the centre of the crater. I am in tune with what is inside my heart, more than ever before, and allowing me to feel on top of the world. This time a selfie overlooking the crater is really justified while settling down for a quick lunch.

The trail is now higher than before, I jump huge and ancient rocks that existed before the crash, the ferns and shrubs narrow the way and I am amazed by how a flock of crested francolins camouflage and merge with the granite. I reach the peak of the slope, the Crater Lake draws me closer to feel it and I trek down the bowl.

Trail checkpoints 13-18
I finally arrive at the base, a pair of mongooses bark as they see that the Crater Lake is my heart’s captor. The sulphurous smell emanating from the lake, together with the calming breeze reminds me of the ocean. I strut around the lake’s bed, and I feel what it is like to encircle what your heart needs and pay attention. This lake is 100 meters deep and nothing lives in it. Risenga says the lake’s water is seven times saltier than ocean water and it certainly has healing powers. I see African blacksmith lapwings and a sacred ibis surrounding the lake as I go back.

Trail checkpoints 19-20
I feel a sense of achievement when I reach the end of the trail. At the end of the crater trail I feel  set  free and my heart tells me that I am everything I need to be.

Beyond the crater
The Tswaing Crater is located around Soshanguve, the largest township in Tshwane (formely Pretoria).  Tswaing Crater custodians agree that they are not surprised that local people do not visit the area because of loss of interest in culture and nature caused by modernisation in a developing country. According to community member and educator Ditsamai Kganyago, the loss of interest is also caused by lack of heritage education in schools and a disconnection of African spirituality component of embracing the land. Community outreach programmes are conducted so that local people can be aware of the heritage site. Mr Kganyago suggests that local communities should take charge by promoting Tswaing Crater as a brand, which would allow community development to improve, with a controlled plan of resources and processes that will allow viable tourism.

This article was written by [KATLEGO KGANYAGO]